4G+ in a Somerset swamp

The UK suffers from a long tail of woeful rural connectivity, where in 2019 a third of households received <10Mb/s including 10% below <2Mb/s. Unfortunately my mother’s address is one such location. Halfway between telephone exchanges in the Somerset levels between Yeovil and Glastonbury, Openreach ADSL2+ gets us roughly one megabit of internet plumbing. An eagerly anticipated Fibre To The Cabinet upgrade improved the situation, but the fibre cabinet turned out to be in a village two miles away, actually nearer to the exchange than our address. Speeds increased to 5Mb/s on a good day, but the connection is flakey and dislikes precipitation. This doesn’t cut it for working from home and has been driving us loopy. Openreach apparently wants £100k to lay fibre to our village and has no plans to improve the situation. 4G (LTE) mobile coverage is poor but existent in our (thankfully flat) area. Given that no one can be bothered to lay fibre here, I also doubt that there is much danger of 5G becoming an option for another decade or so, much to the relief of the weirdly powerful local tin foil hat brigade.

We decided to take the plunge on the cheapest unlimited 4G tariff we could find with the expectation of a terrible service and unwinding the contract within 14 days. We never did unwind, and excepting a couple of day-long mast outages, things have worked pretty well for a few months. The latency is fairly high (40-50ms) but the bandwidth increase is game changing. We’ve gone from ~2Mb/s to at least 10Mb/s and usually 20+ which is great for now. We were able to get a basic usable service using the modem’s built-in antenna, but a somewhat expensive directional antenna was necessary to make things work well. Something that had put us off 4G/LTE to date was the anticipated need to mount an ugly antenna to the outside of a listed building, which we have been able to avoid by mounting an ugly antenna to the inside of a listed building.

Despite the nearest Three mast pointing in our direction being over 10km away, we have clear line of sight and the mast supports LTE-A carrier aggregation, yielding greater speeds than other masts with higher signal strength. 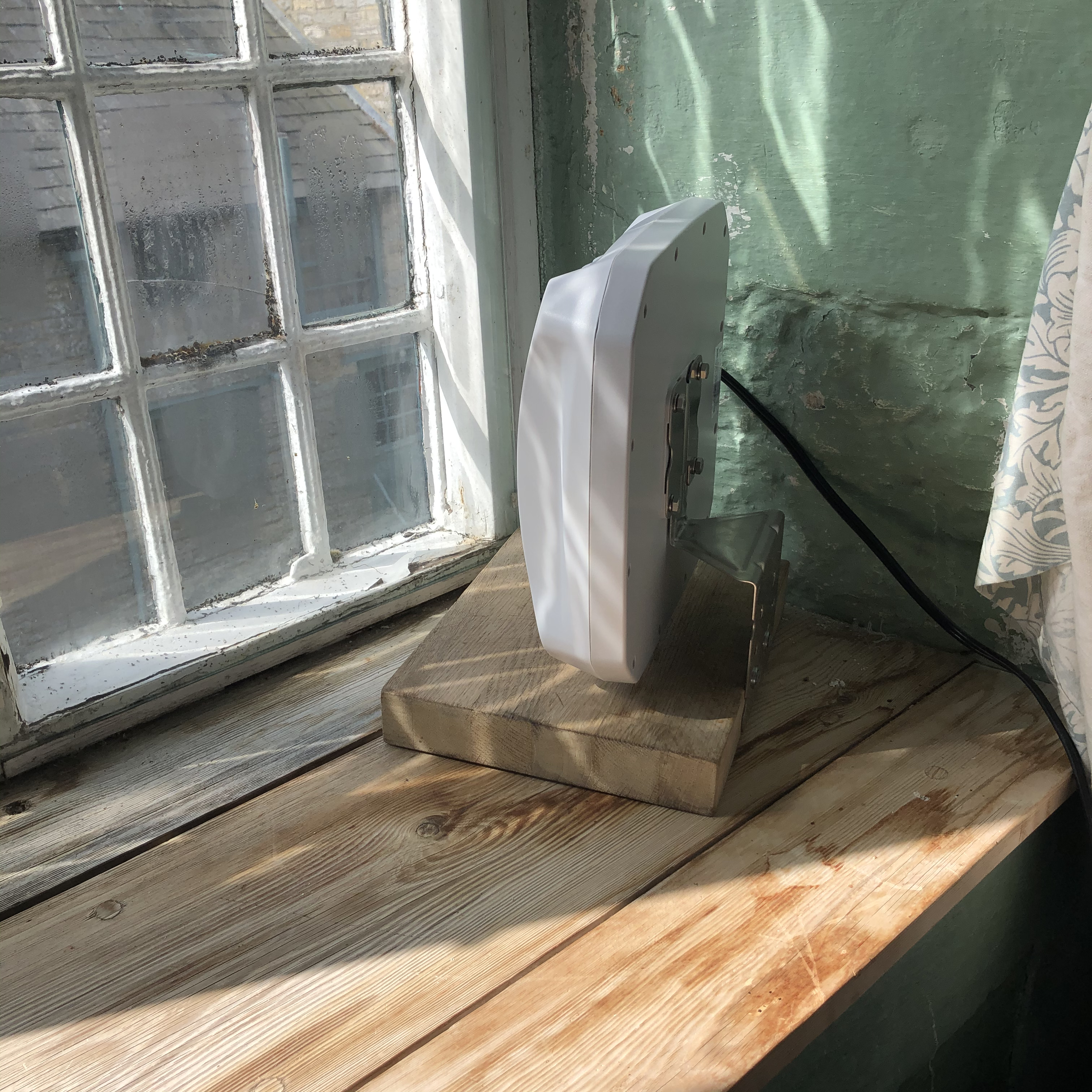 Not a thing of beauty 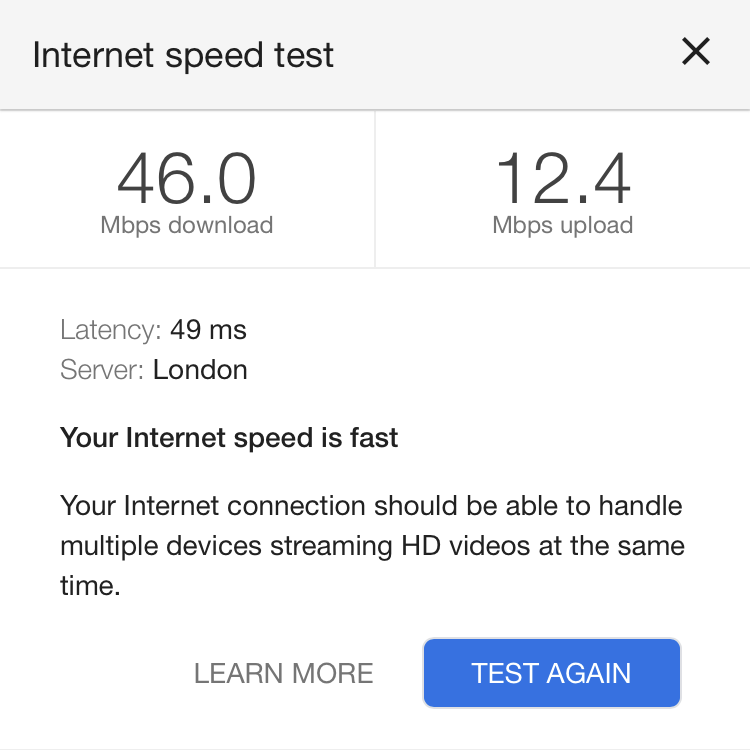 A thing of beauty

Latency is 30-50ms depending on operator in the UK. Video calling at 50ms feels more clumsy than it does on a good fixed line, but if you’ve bothered to read this far, such a thing is probably a pipe dream for you as well. Some operators also use carrier grade NAT because they’ve run out of IPv4 addresses, which I’ve heard can break things.

Cellmapper proved really useful for discovering local masts and their specs, which for unfathomable reasons isn’t otherwise easily acquired in the UK at least. It aggregates metadata including mast direction, altitude, and frequency band support. Remember that a nearby mast has to be pointing in approximately the right direction to be usable. Frequency can be important for connection speed and reliability; 800MHz tends to offer better range and weather tolerance than 1800MHz at the expense of a little throughput. For speeds much in excess of 10Mb/s, look for masts aggregating multiple bands, indicating support for LTE-A. Despite Three’s generally abysmal coverage of the Westcountry, I chose it mainly for this reason along with its low cost.

To be considering cellular home broadband, chances are that you live somewhere rural without great mobile coverage. Given a weak signal, even if you don’t need an external antenna connected to your modem, chances are that you’ll benefit considerably from using one. If you can’t get a good signal with a phone, you may need a directional antenna. There are lots of these, but chances are that you should just buy the Poynting XPOL-2 as we did. the omnidirectional version is also a great choice, and both can (and really should) be mounted outdoors. Use a virtual compass like the ‘Commander Compass Go’ iOS app to help align your directional antenna with the mast if you can’t easily see it.