“Why is Europe incapable of producing businesses like Uber?”

Poster child of the gig economy, Uber operates to a unique set of standards and shrugs off much of the criticism fielded by its peers in this sector. Yet since its reluctant publishing of GAAP figures, it has become clear that not only are Uber’s innovation claims dubious, but that neither its core business model nor predictable pivots have yet to deliver the earliest signs of promise.

As shown in Exhibit 2, for the year ending September 2015, Uber had GAAP losses of $2 billion on revenue of $1.4 billion, a negative 143% profit margin. Thus Uber’s current operations depend on $2 billion in subsidies, funded out of the $13 billion in cash its investors have provided.

Uber passengers were paying only 41% of the actual cost of their trips; Uber was using these massive subsidies to undercut the fares and provide more capacity than the competitors who had to cover 100% of their costs out of passenger fares.

Uber more closely resembles a visonary philanthropy scheme than a business in its current form. Investors justify this phase as necessary in the construction of the dense ecosystem required for delivering future monopoly and subsequent profitability. But costs are costs, and for those millions of users for whom Uber’s currently charitable pricing merely tips the convenience:cost ratio into favourability, slight increases in price will drive mass defection to other forms of transport. No doubt Uber is aware of this, which would go some way to explaining their obsession with popularising the idea that public transport can be done away with, which would of course empower Uber’s monopoly in the long run. Even if they were to somehow succeed in this pursuit, for as long as people have legs, their product will compete with walking and cycling among the price sensitive masses.

As one HN commenter put it:

I had dinner with a few friends in SF and it was raining when we left:

There was zero friction switching from Uber to Lyft.

Uber users are not loyal and will defect at the drop of a hat. Until Uber can deliver a monopoly of driverless vehicles, their business model is anything but secure.

Uber is a fascinating experiment that may succeed, but it pains me to hear it cited as a glowing example of disruptive innovation. I’ve heard several interviews that go something like this:

So Mr. <analyst//investor>, why is <Europe/London/Merthyr Tydfil> incapable of producing companies like Uber?

Why? Because in its current form Uber resembles less a business and more a thinly veiled philanthropic scheme for distributing investor wealth among millenials with smartphones. 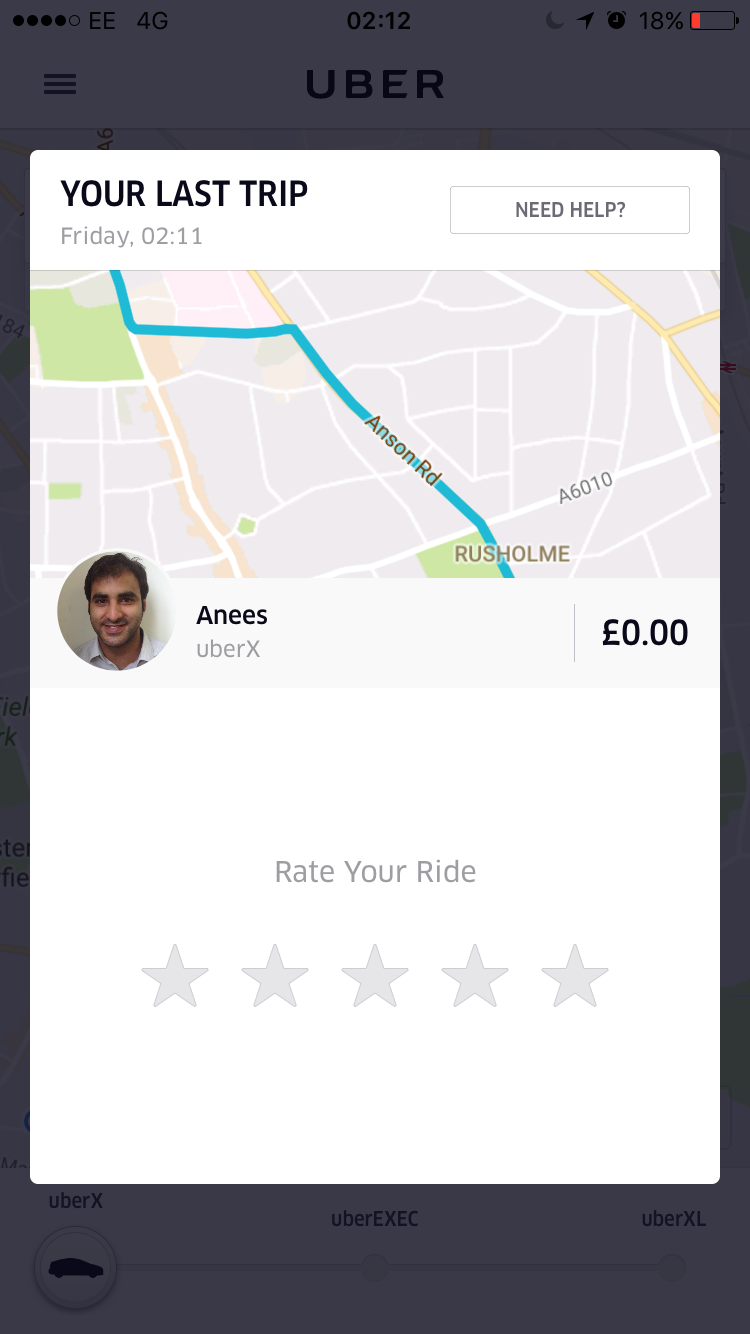 An @Uber hit a Deliveroo rider next to me on Deansgate today. Rider conscious but stretchered in a bad state. The gig economy collides :-( pic.twitter.com/pRiZYRyVPq